Description
New Mod based on modern times. You will command the mighty armed forces of NATO, Russia and many other nations across different conflicts around the World.... fictional and historical ones. 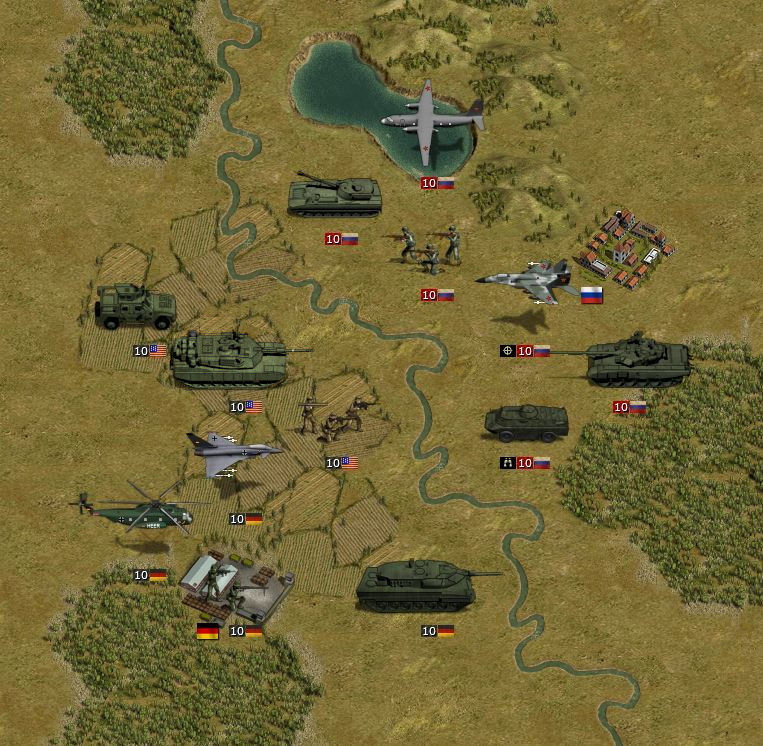 On the sea, be ready to face air-naval combat: 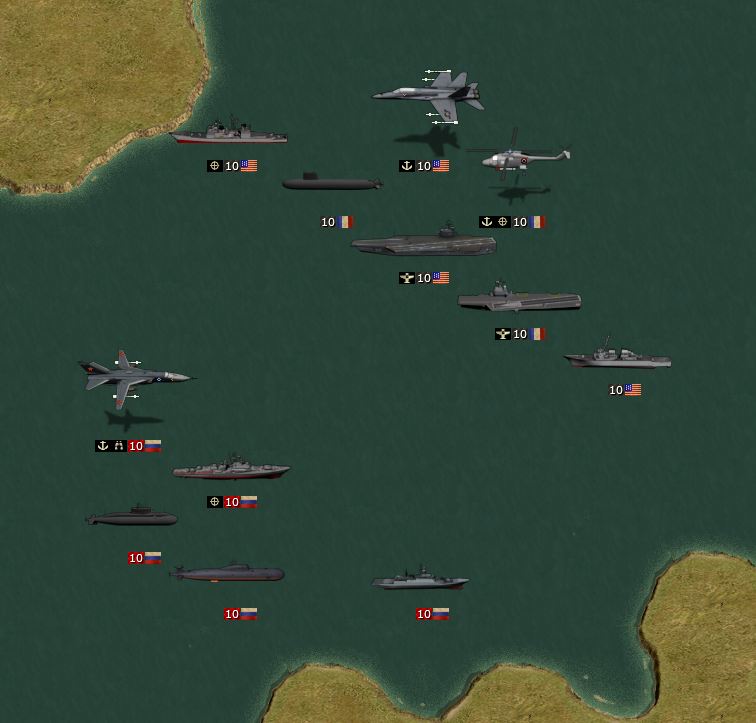 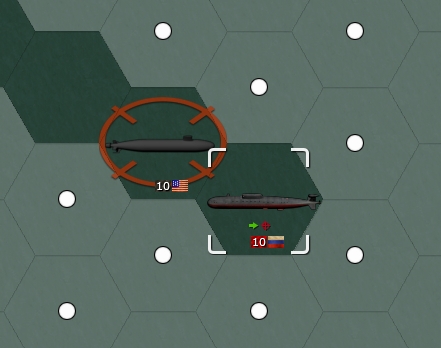 Grand Scenario: South Atlantic 1982
Choose your side (Argentina or the UK) and fight for the control of the South Atlantic islands reliving the historical battle of 1982. 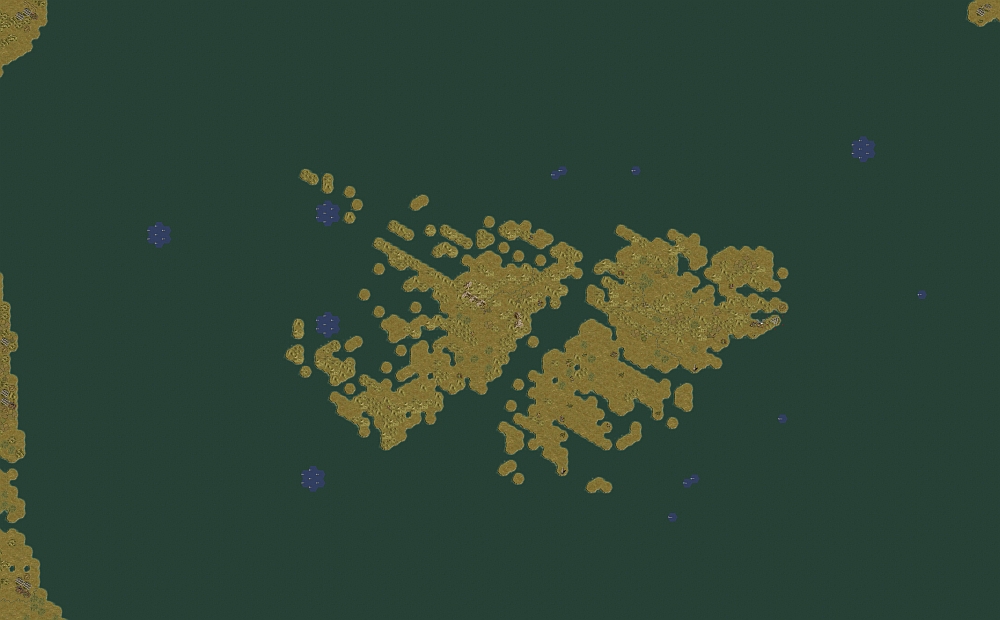 Command the mighty British taskforce on their quest to retake the islands: 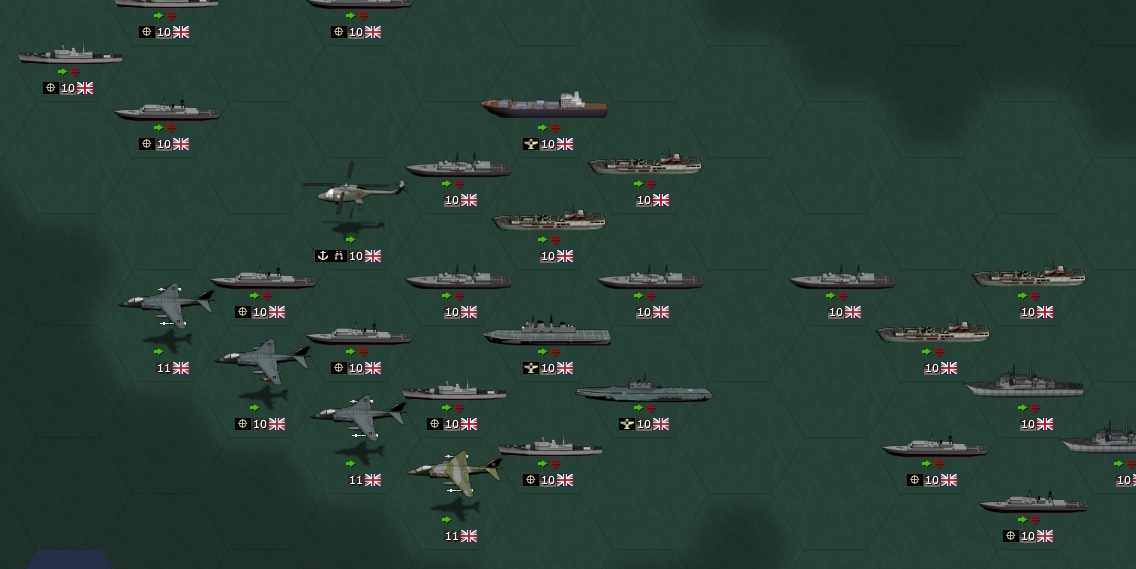 Prepare the Argentinian forces on their quest to defend the islands: 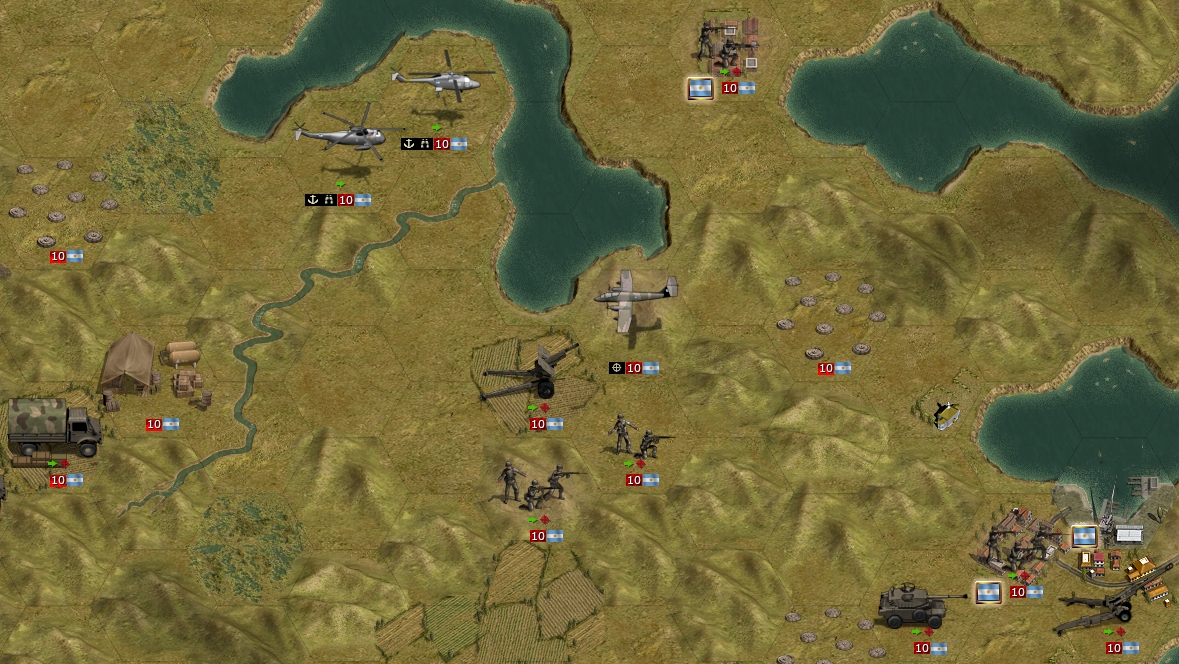 Grand Scenario: Persian Gulf 1991
Take the command of the Iraqi armed forces and be ready to withstand the full mighty of Operation Desert Storm.... or lead the Coalition forces to a decisive victory on Kuwait and Iraq. 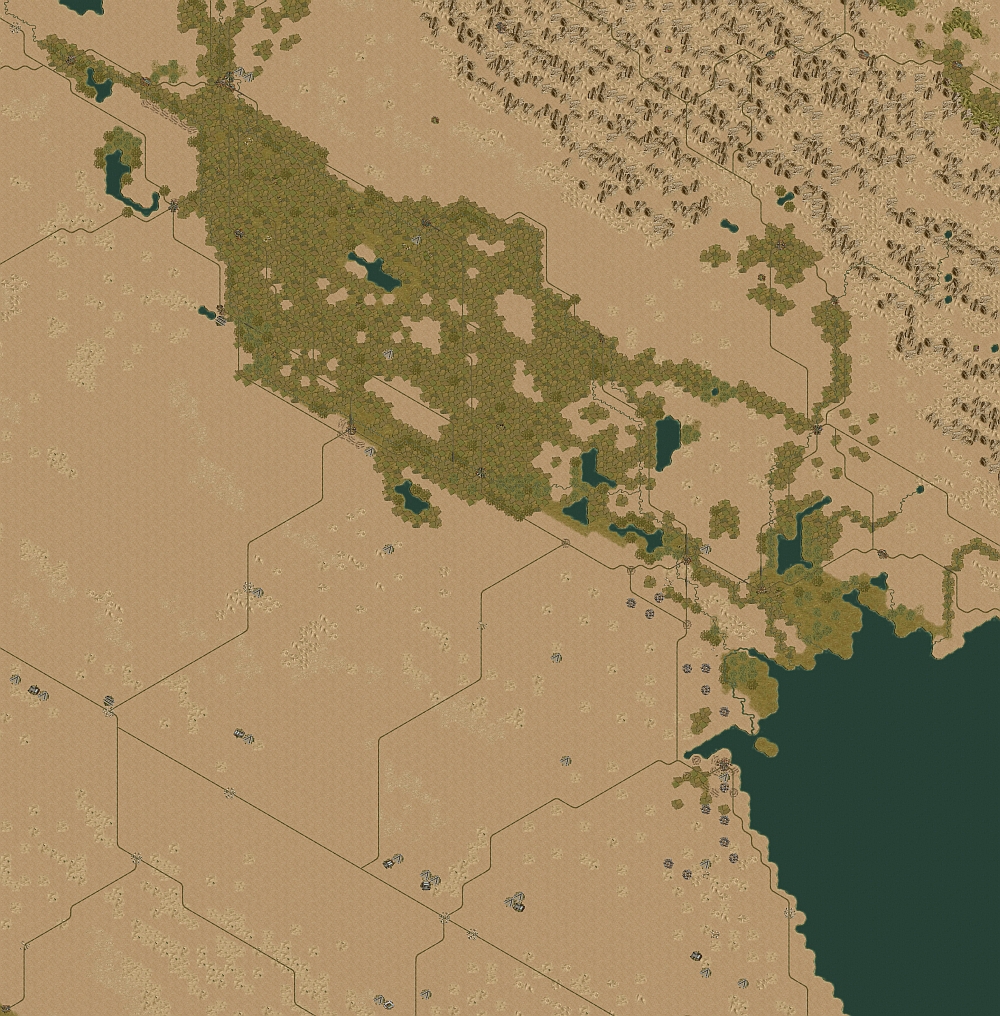 Prepare to fight huge battles on open desert but also on well defended areas near rivers and cities. 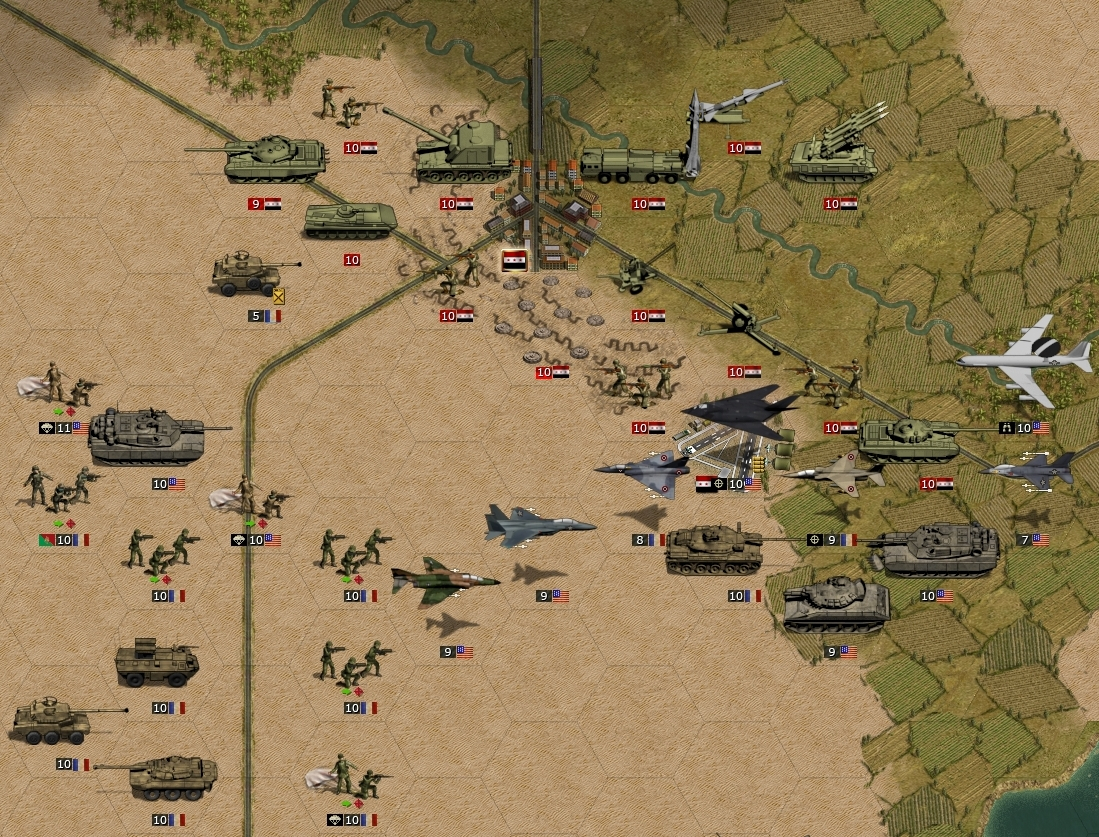 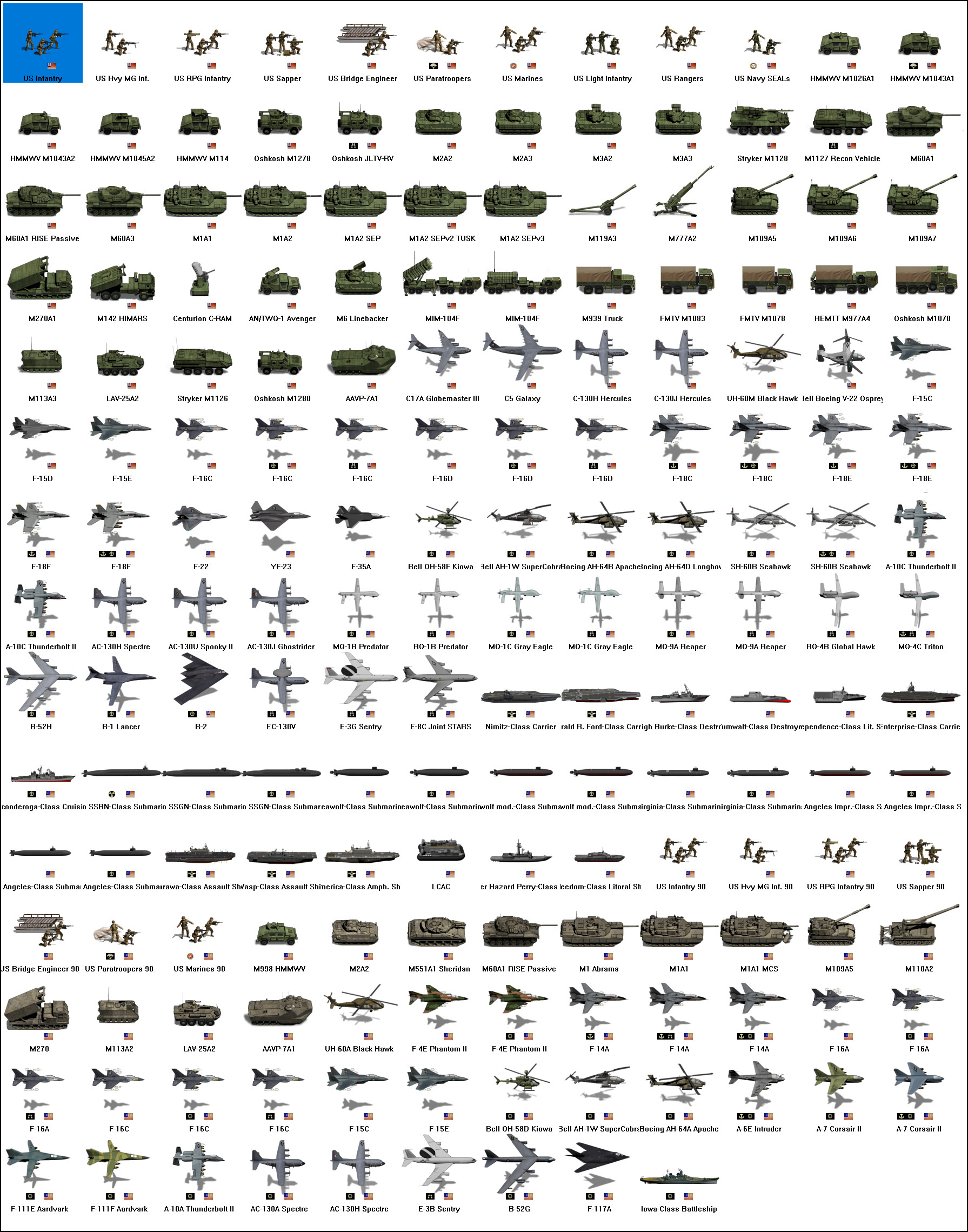 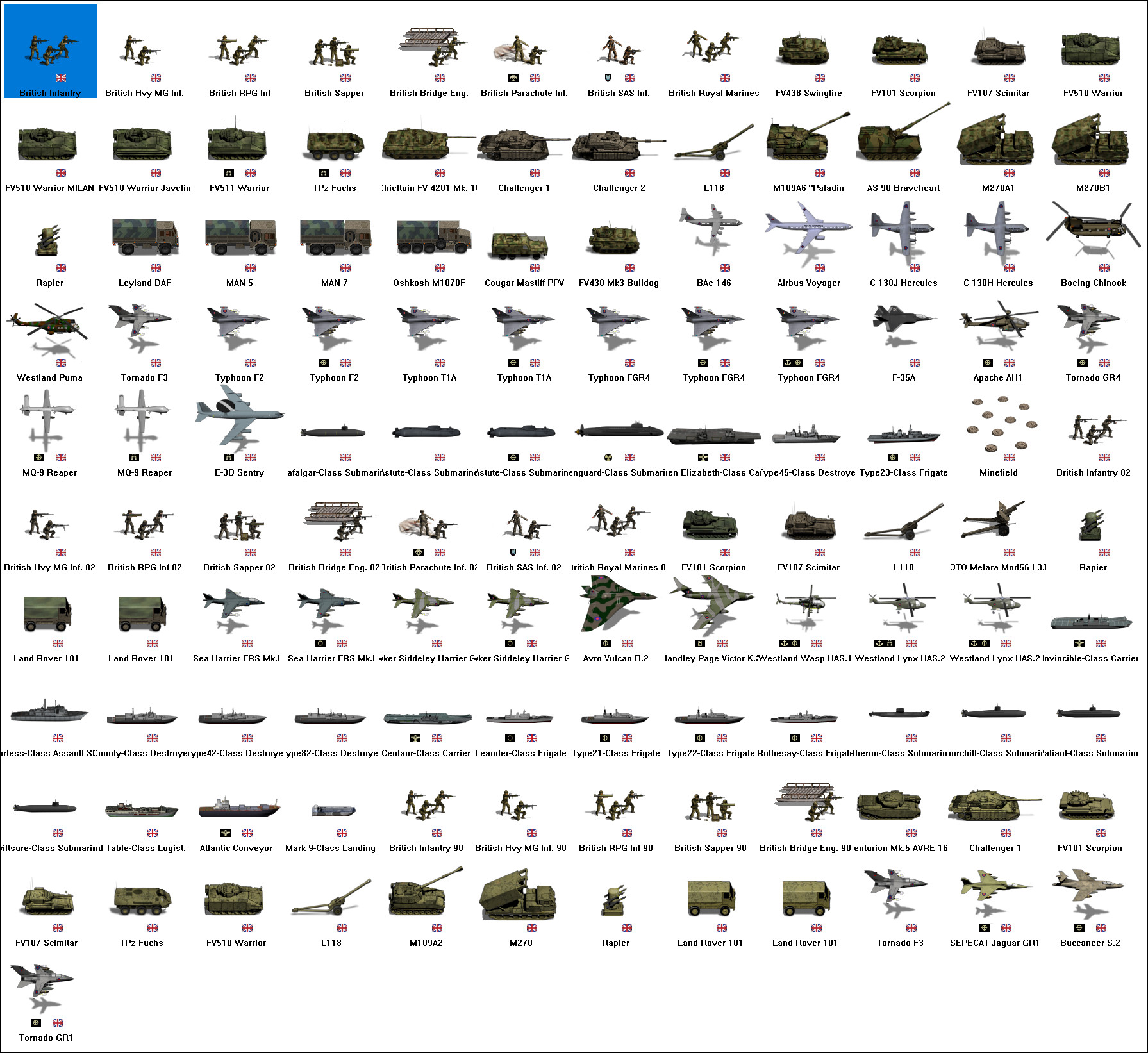 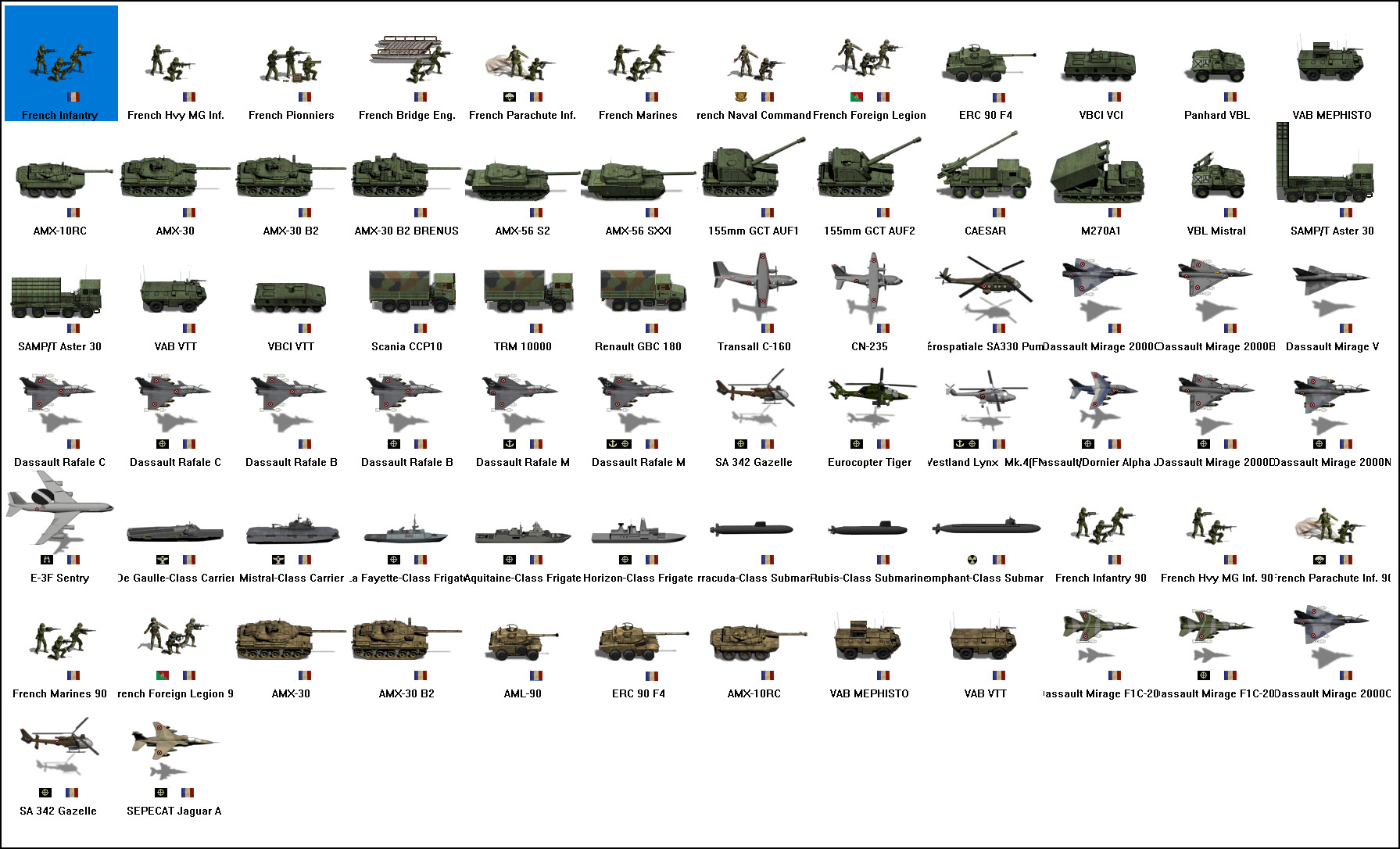 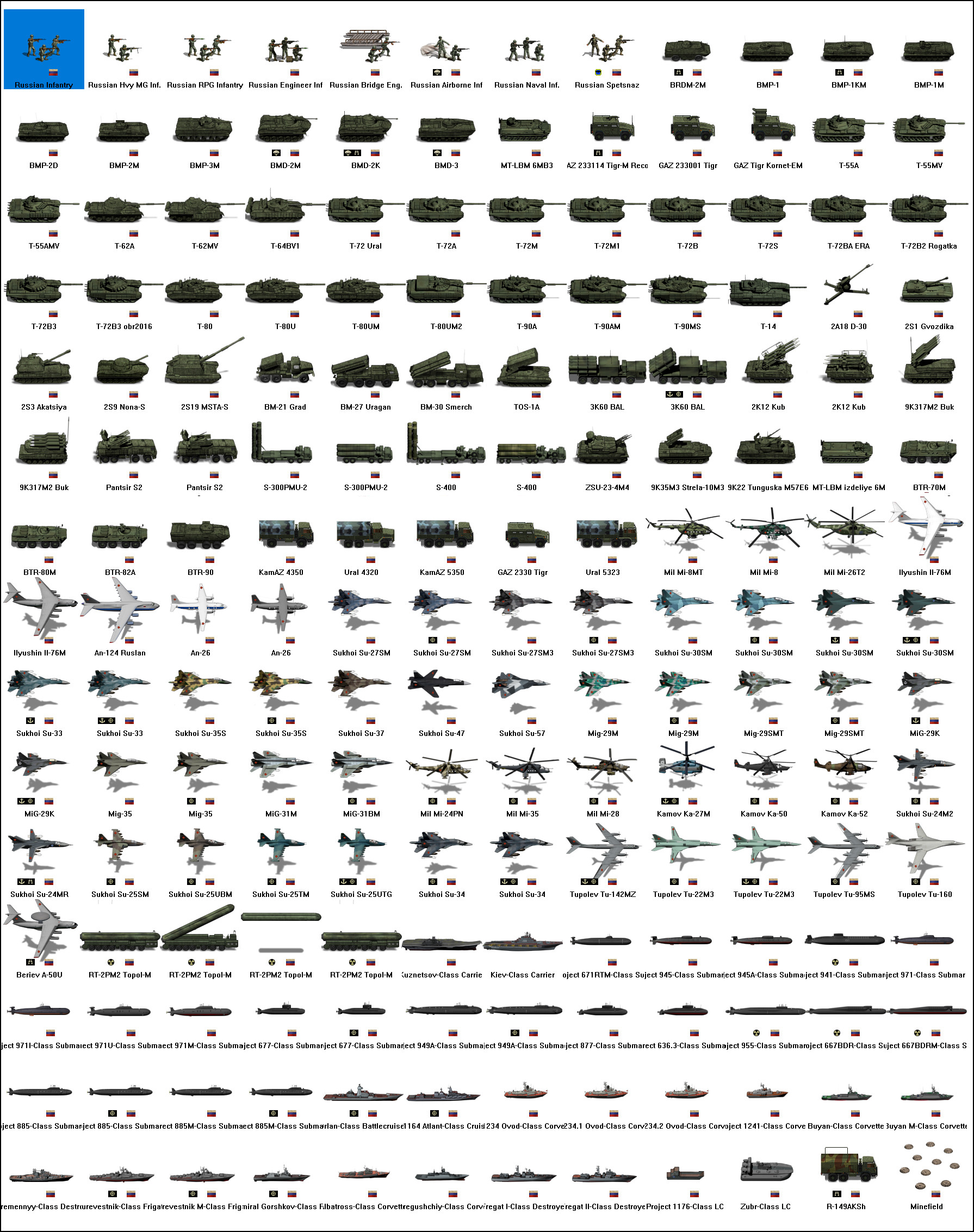 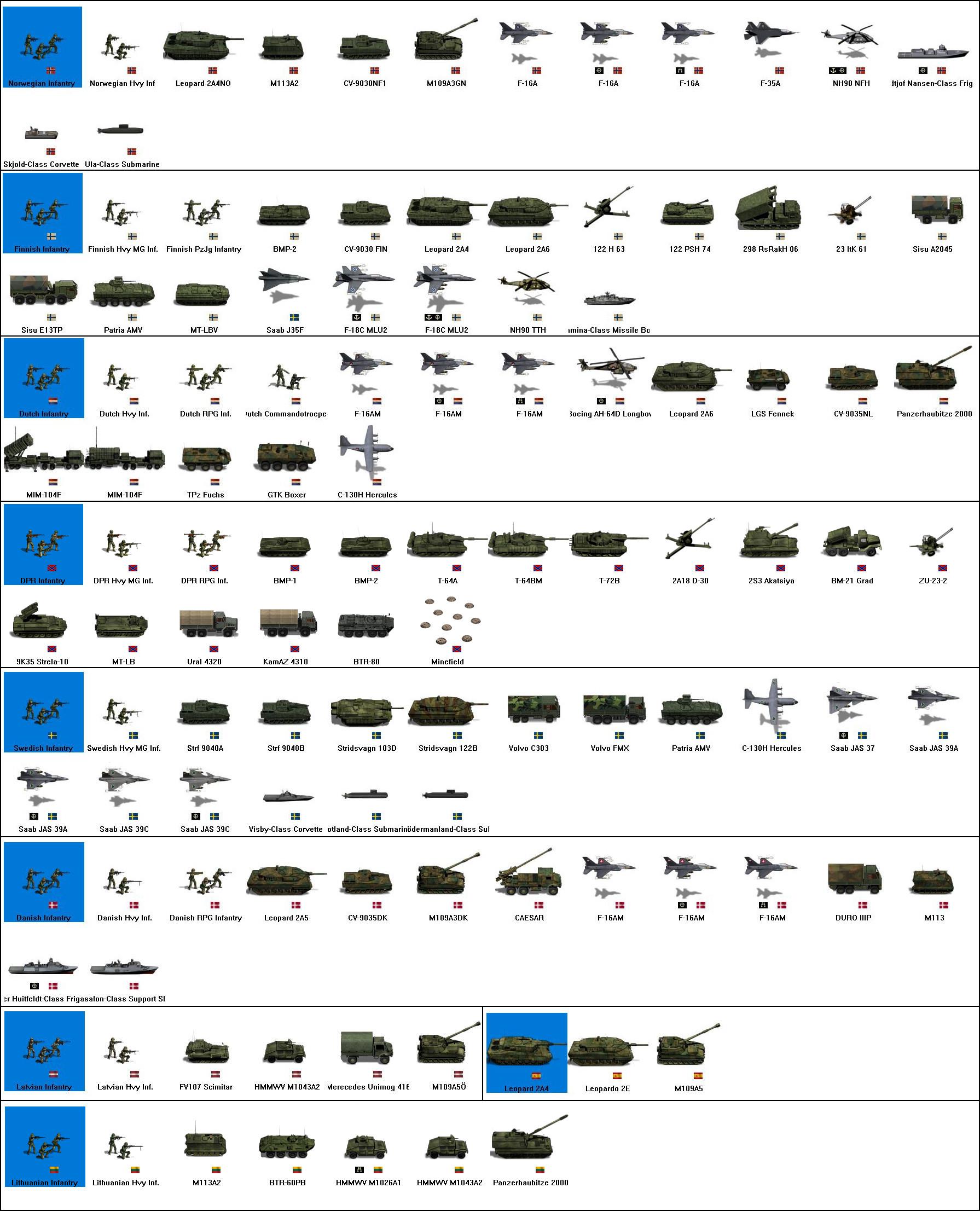 Check the Readme.txt file for further details about the installation.


GRAPHICS/SOUNDS
* An emblem has been added to all special infantry units for all nations (SAS, Spetsnaz, Foreign Legion, etc). This would ease their identification on populated situations.
* Many ground attack sounds for several attack aircrafts have been fixed.

EQUIPMENT
* The strategic bombers have received a massive boost. Now they are powerful long range bombing aicrafts but at the cost of few ammo.
Also, stealth bombers like the B-2 now have massive ground defence stas to simulate their invulnerability against conventional air defence systems.
* All AWACS aircraft have their air defence stats greatly decreased. They were too powerful against fighters attacks.
* Wheeled movement: penalties on desert terrain reduced.


Stay tuned and dont forget to leave your comments, they are critical to improve this mod
Best regards. Keep in mind that most of the units will be improved, by now I am just trying to finish the bulk of the them.

Akkula schrieb: I think the "fantasy" conflict between NATO and Russia is "a must" that I will include in this project :P

I have the T-14 on my mind, dont worry. Although is difficult to find material related to modern equipment; I was surprised how difficult it is to get material to build quality icons.... it seems WW2 was way more popular in the modelling world.

Akkula schrieb:
Now some more US equipment, here some transports of different kind: The British will deploy their forces also: Dont pay too much attention to the units color, I have to work on the camos (something new for me). The colors I am using at the moment are just to quickly identify the different nations.

Going back to business, Polish-British forces engage an upgraded T-72 which is supported by artillery!. Weniger Mehr
4 Jahre 11 Monate her #1355087 von anonym
Well it looks fine. Whoever You Accula, have an "Hand" for Modding <3
But the Szenario: I think in one or two Staates of this Today World will it be "real"

I read the Post from the Mod, but i didnt play it, ok?
If i really mad, bur how was an Szenario from:
Napoleon?
Warnung: Spoiler! [ Zum Anzeigen klicken ] [ Zum Verstecken klicken ]
de.wikipedia.org/wiki/Napoleon_Bonaparte


Well, it be Dreams, but not the "normal" Mods today

Akkula schrieb: Hello guys, I am back

Good to see you back my friend! Weniger Mehr
4 Jahre 11 Monate her #1355129 von Akkula
Some US Army units: artillery and tanks, note that the tank icon is still in progress: US submarines, Seawolf variants (normal and lengthened) with a Ticonderoga frigate: